by Kristina Aschenbrennerova | May 4, 2021 | Uncategorised | 0 comments 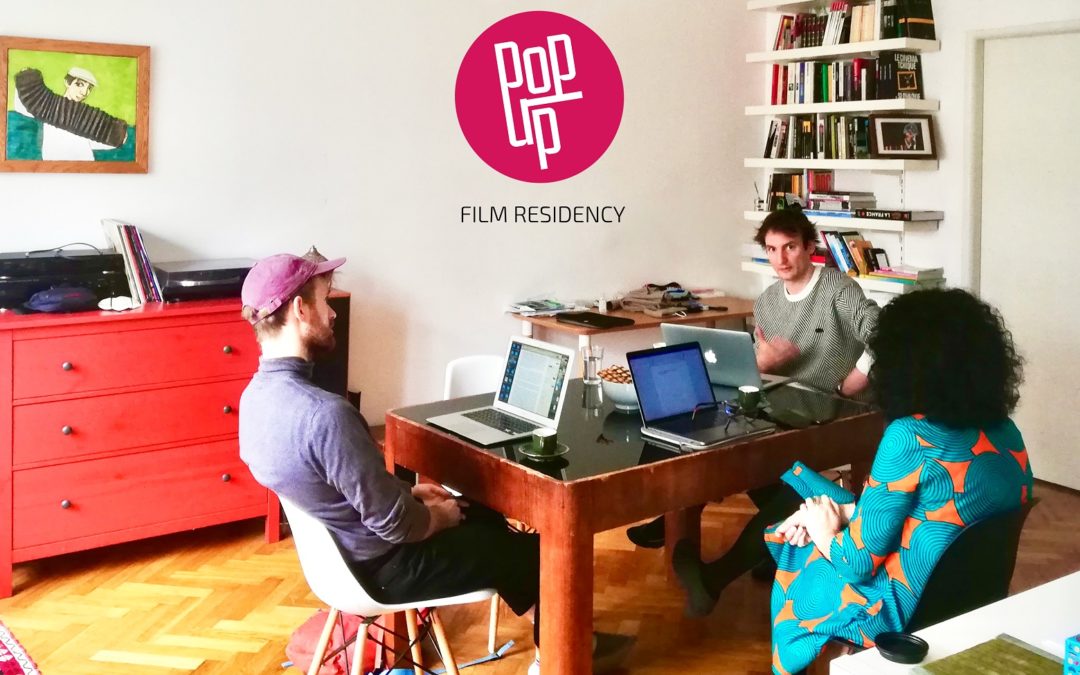 Aiming to encourage artistic collaborations in the Visegrad region (Czech Republic, Hungary, Poland, and Slovakia), Pop Up Film Residency breaks its rule of one residency at a time. A special program Pop Up Film Residency Visegrad will bring together three feature film projects from the Czech Republic, Hungary, and Poland in Bratislava, where they will be each matched with a Slovak feature film project and receive consultation from suited, carefully selected mentors.

The partners, especially their ‘incubator activities’ played a key role in the selection procedure of the Czech, Hungarian, and Polish projects, as participation in the Emerging Producers programme of Ji.hlava IDFF, in Budapest Debut Film Forum at the Friss Hús Budapest ISFF, or in the New Horizons Studio+ was a prerequisite for application. The Slovak participants were chosen upon an open call for projects published on 10 December 2020.

Meet the participants of the 1st edition of Pop Up Film Residency Visegrad:

Jan Gebert (Czech Republic) with his fiction feature debut Europa about a primitive self within the first world citizens that needs to be manifested and gets out of the closet dressed as a new hope.
Europa is produced by Radovan Síbrt, the Czech Emerging Producer 2015.

Bartłomiej Żmuda (Poland) and his fiction feature debut More, the story of a woman who tries to prove to the world that she can cope with life. It turns out, she cannot.
More took part in the New Horizons Studio+ 2019.

Borbála Nagy (Hungary) with her fiction feature debut based on the actual events Nothing to See Here, about a school prank that triggers a chain of events and the involved eventually face the autocracy of the system.
Borbála Nagy was a participant in the Budapest Debut Film Forum 2020.

Daniel Rihák and Ján Štiffel with fiction feature debut My World Upside Down, a comedy about a 12-year-old ardent altar boy Miško, living a normal life up to the moment when, as a result of a minor misunderstanding, the whole village starts to suspect him of being gay.

Jakub Medvecký with Cowgirl telling the story of a generational shift and the rebellion of children against the world of their parents. It draws from actual events, agricultural corruption in Slovakia, which ultimately has a decisive effect on our society and marries coming-of-age dramatic structure and western genre elements.

Hannah Espia-Farbová with sophomore fiction feature Everything Will Be Fine, the filmmaker’s a love letter to her 20s, a story of a Filipina actress whose ambition is to write a script and who falls in love with a Slovak.

The Residencies wouldn’t be complete without the suiting mentors, whom we found suiting mentors in Poland, Hungary, and Sweden:
Dénes Nagy – mentor for Europa and My World Upside Down
Michał Oleszczyk – mentor for Nothing to See Here and Everything Will Be Fine
Helen Beltrame-Linné – mentor for More and Cowgirl