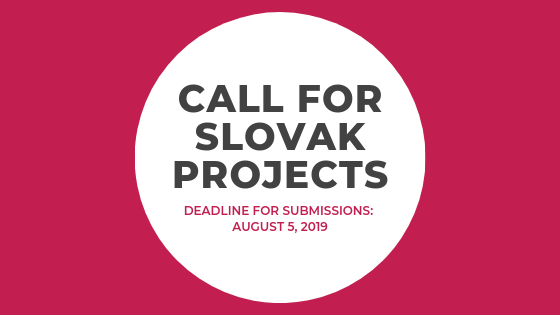 Thanks to a financial support of the Slovak Audiovisual Fund & the Bratislava Region, the Pop Up Film Residency comes up with a new initiative designed for Slovak filmmakers.

The Slovak Pop Up is organized within a framework of the Pop Up Film Residency, a mentorship platform based in Bratislava, and offers participants the unique opportunity to share experiences with Residents and to consult their projects with internationally respected tutors.

The Slovak Pop Up will take place in Bratislava during September 2019 – February 2020.

During this period five selected Slovak participants can benefit from the presence of the Pop Up Film Residents and their mentors.

There is no participation fee. Consultations are for free.

The Slovak Pop Up is open for Slovak feature film projects (both fiction and animation) in early stage of development.

The program focuses on experienced Slovak filmmakers who has worked on either one feature length film, a number of short films, or a TV series that has been internationally recognised or released in cinemas.