Munich Film Up! 2021-2022 wraps up with the Kirch Foundation Award for Cyrielle Raingou I’m Coming For You 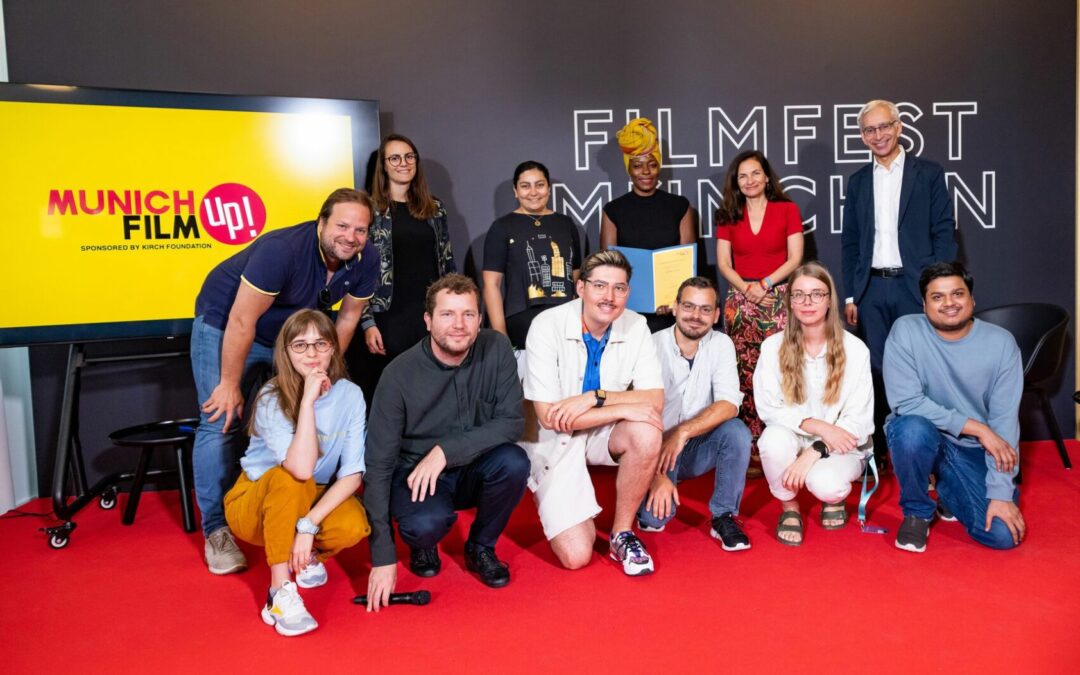 The 1st edition of Munich Film Up!, an eight-month mentoring & residency program for film school graduates that started in November 2021, came to an end these 24th & 25th of June 2022 during the first weekend of the Filmfest München.

An initiative by HFF München, with the Pop Up Film Residency as an exclusive creative partner, in partnership with the Filmschoolfest Munich and the Filmfest München, Munich Film Up! is designed to support six filmmakers from all over the world, students or fresh film school alumni developing their feature debuts.

The curriculum, designed by co-directors Matthieu Darras and Elena Diesbach, offered an individual plan that met the specific needs of each participant. For the duration of the program, each filmmaker was coached by top-notch industry mentors during their Pop Up Film Residency, including filmmakers Teodora Ana Mihai, Marcelo Martinessi, and Daniel Borgman, scripts consultants Ayman El Amir, Nadja Dumouchel, and Matthieu Taponier, and producers Katja Adomeit, Sebastián Peña Escobar, and Ada Solomon.

In the frame of the ‘Young Talent Day’ of the Beergarden Convention (the industry hub of Filmfest München), the 6 participants of Munich Film Up! pitched their projects to the festival industry audience on June 24 morning at the Munich’s Amerika Haus.

The project of a film about a young woman, a mother, that is always wearing a hijab and strangely riding a Bobber motorcycle in the Sahel, to trade with Boko Haram terrorists. Once exposed, she is cursed and banned from her village. Hence starts her journey to get back to her baby”. I’m Coming For You is still at an early stage of development, and was presented for the very first time to the industry.

The 2nd edition of Munich Film Up! will be launched shortly. The call for applications will be open in July on the website https://munichfilmup.org/, with a deadline for submission set on September 5, 2022. The 2nd edition will take place from November 2022 to June 2023, with the support of the Kirch Foundation.